Back to the gallery 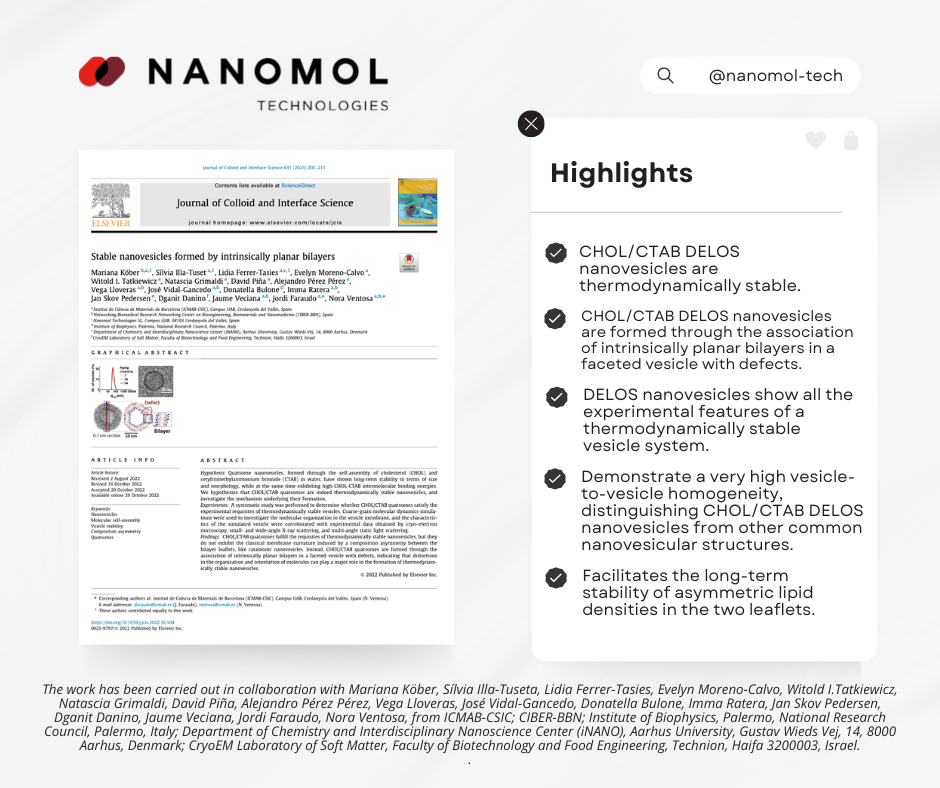 We brought another literature review! This time on "Stable nanovesicles formed by intrinsically planar bilayers", which has just been published in Journal of Colloid and Interface Science.

DELOS nanovesicles, also known as quatsomes in scientific literature, formed through the self-assembly of cholesterol (CHOL) and cetyltrimethylammonium bromide (CTAB) in water, have shown long-term stability in terms of size and morphology, while at the same time exhibiting high CHOL-CTAB intermolecular binding energies.

In this work, we discuss CHOL/CTAB DELOS nanovesicles are indeed thermodynamically stable, and investigate the mechanism underlying their formation. A systematic study was performed to determine whether CHOL/CTAB DELOS nanovesicles satisfy the experimental requisites of thermodynamically stable vesicles. Coarse-grain molecular dynamics simulations were used to investigate the molecular organization in the vesicle membrane, and the characteristics of the simulated vesicle were corroborated with experimental data obtained by cryo–electron microscopy, small- and wide-angle X-ray scattering, and multi-angle static light scattering. 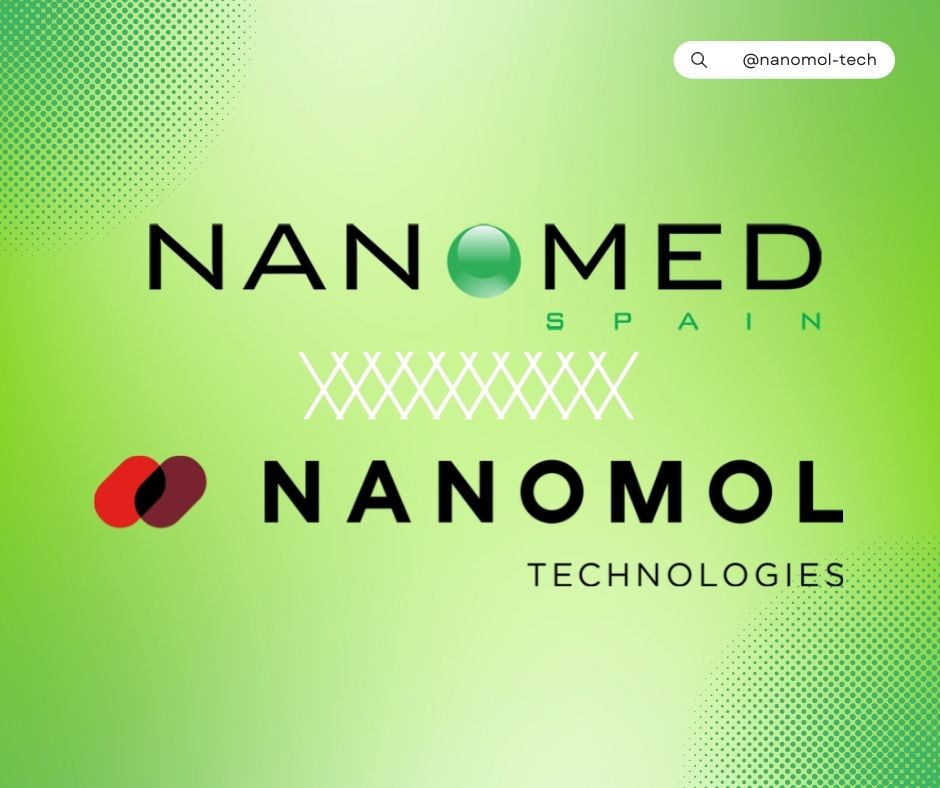 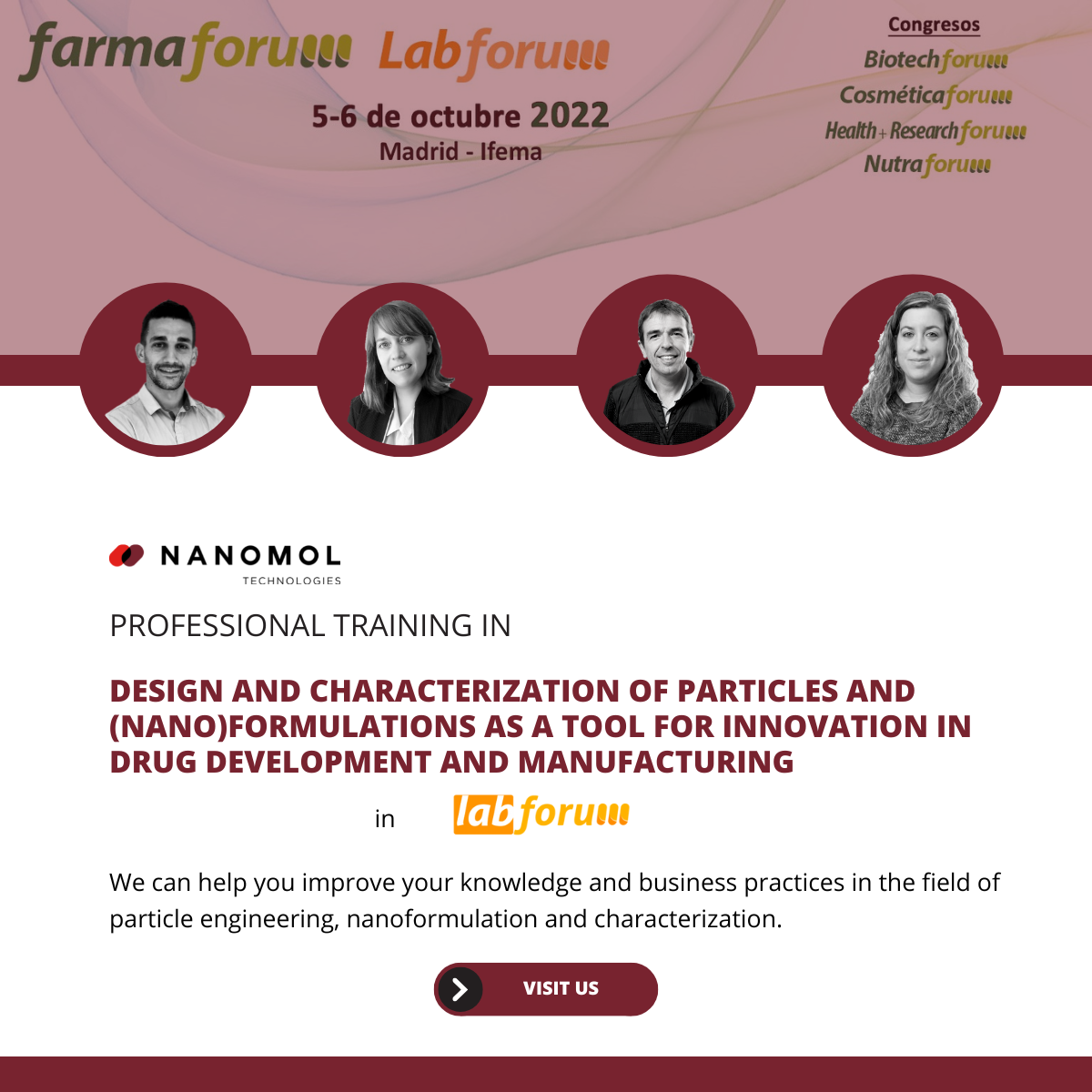 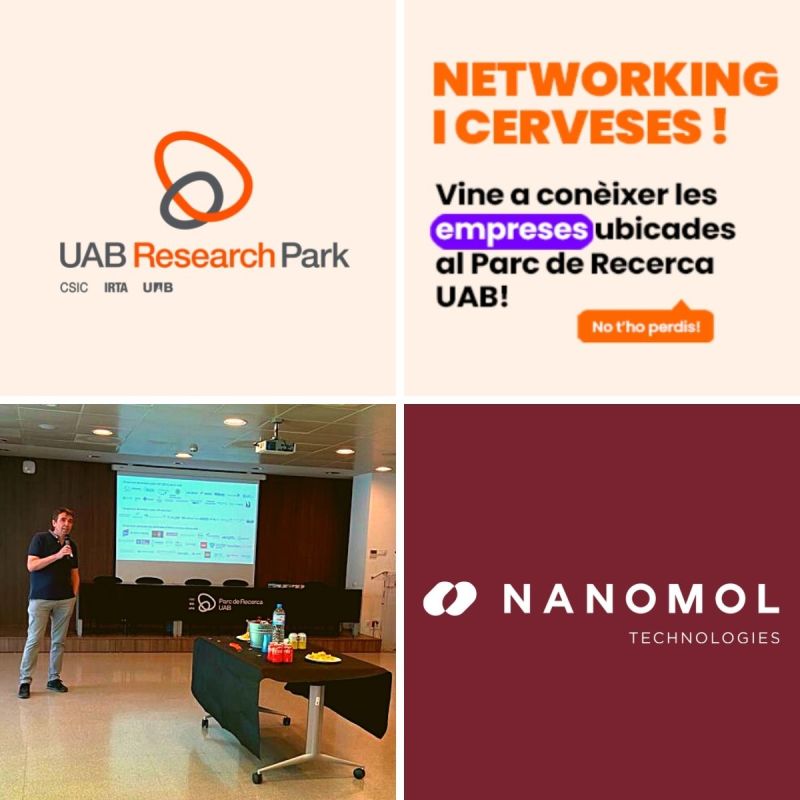